KET4F-Gas, the major European alliance for research and innovation aiming to reduce the environmental impact of fluorinated gases 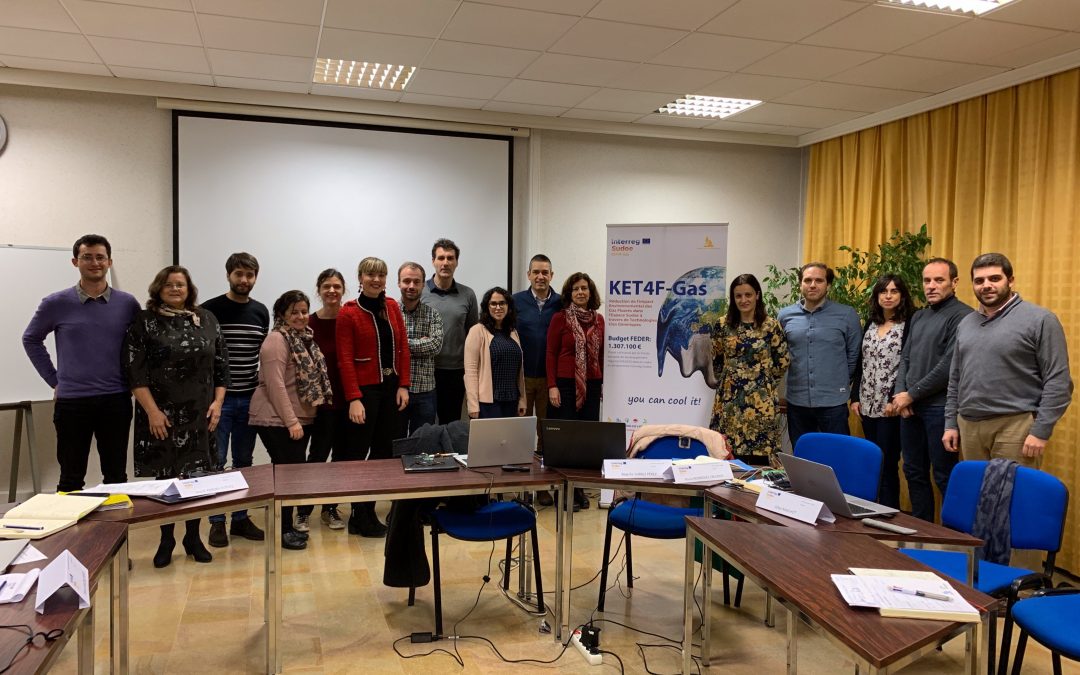 Back in the 1990s, when we often heard about the hole in the ozone layer instead of concepts such as climate change or energy transition, it was decided the phasing-out of substances that were damaging the ozonosphere. This was when fluorinated greenhouse gases (F-gases) appeared, replacing substances that increased the concentration of chlorine and bromine in the stratosphere.

F-gases are a family of man-made compounds, including hydrofluorocarbons (HFCs), perfluorocarbons (PFCs) and sulphur hexafluoride (SF6), widely used for several industrial applications, such as air conditioning systems, industrial refrigeration, fire extinguishants and solvents. Their use, which has been growing as a result of their application as substitutes for ozone depleting substances, is leading to new dramatic climate problems. The release of F-gases, either intentionally or through leakages in the systems, has increased 60% since 1990 and in the case of HFCs, the emissions are projected to grow by nearly 140% between 2005 and 2020. Nature Communications recently published a shocking study reporting that R-23 emissions peaked in late 2018 at 15 900 tonnes, with China and India responsible for over 75% of the emissions, while only 10% would come from the US and Russia. Such increase in F-gases emissions is contributing largely to global warming, as they are potent greenhouse gases (GHGs), with a global warming potential (GWP) up to 23 000 times greater than that of carbon dioxide and an extensive atmospheric lifetime up to 50 000 years.

The numbers speak for themselves; if no immediate actions are taken, F-gases may be responsible for almost half of the effects of climate change by 2050. Although the phase-out of these gases is already legislated in Europe, users and industry need to be involved in their proper use, control, recovery, and recycling. Some of the needed measures include: raising awareness about responsible use, sensible recovery and recycling, and proper control measures of refrigeration systems to prevent leaks; annual inspections; the definition of the availability of refrigerants and their effects; and the control of opaque markets that offer channels without control or guarantees of safety or performance of the equipment. Moreover, there is an urgent need for scientific and innovative solutions that allow the effective control of emissions.

In the short and medium terms, in addition to the development of substitute compounds for HFCs, it is essential to develop technologies that allow to achieve a real reduction in the F-gases emissions. The policies imposed by the Regulation (EU) No 517/2014 aim to achieve this reduction by prompting: the recovery of these compounds from waste generated at industrial and domestic level; the elimination of the emissions during equipment maintenance; the recovery of the gases at the end of equipment´s lifetime; and the reuse of the recovered gases, based on circular economy principles.

It was in this context that the European project KET4F-Gas – acronym for Key Enabling Technologies For Fluorinated Gases- was conceived, co-financed by the Interreg Sudoe Programme through the European Regional Development Fund (ERDF), with a duration of 3 years, and a global funding of 1.7 million euros. The project is made up of a consortium of 14 entities, including universities, companies, and waste and environmental agencies, with the common interest of responding to the Kigali commitment, signed in 2016 by almost 200 countries. This agreement is an amendment to the Montreal Protocol, signed in 1987 with the aim to eliminate Ozone Depleting Substances (ODS), and targets the phase-down of hydrofluorocarbons (HFCs) by cutting their production and consumption. The KET4F-Gas project aims, among other objectives, to respond to the challenge of reducing GHGs emissions in the regions of Southwest Europe (known as the SUDOE area) where, due to factors such as a warmer climate or the increasing concentration of the population in large cities, air-conditioning systems are intensively used.

KETF-Gas thus offers an international and collaborative context for the research of alternatives and for the development and implementation of Key Enabling Technologies (KETs), using treatment systems designed according to the more benign and efficient principles of green chemistry. Through applied research and eco-innovation to mitigate environmental impacts, the application of cutting-edge technology and its transfer to SMEs in south-western Europe, it is also possible to enhance business competitiveness in a sustainable and long-term way.

The results of the KET4F-Gas project will also benefit society by raising awareness to the F-gases problem. There is a clear and imminent need to raise awareness, not only among waste managers, but also among public administrations and industry in general. In fact, there is no actual technology applied to the F-gas problem available in the Southwest Europe region and therefore enterprises are not able to accomplish the challenging objectives of the current legislation.

KET4F-Gas embodies the Europe’s commitment to the territories, showing that transnational cooperation is a priority for the EU to deal with transregional problems, such as the low investment in research and development, the low competitiveness of small and medium-sized enterprises, and the exposure to climate change and environmental risks.

All project information is available at http://www.ket4f-gas.eu